The Life and Times of Senator Burton K Wheeler of Montana 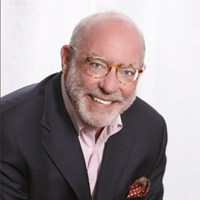 Montana House welcomes guest author, Marc C. Johnson, for a presentation and book reading on Saturday, July 13, at 7:00 PM. Please join us to learn about Marc’s recently published book Political Hell-Raiser, The Life and Times of Senator Burton K. Wheeler of Montana. After the presentation Marc will be available to sign copies of his book. This event is free and open to the public. RSVP to reserve a seat: phone, 406 888-5393 or email, 1960mthouse@qwestoffice.net.

The University of Oklahoma Press has published Marc’s biography of Montana’s influential and controversial U.S. Senator Burton K. Wheeler. His book is the first full treatment of Wheeler’s colorful 24-yearSenate career. During Wheeler’s tenurehe lead a sensational investigation of the U.S. Justice Department, ran for vice president on the Progressive Party ticket in 1924,was involved in major New Deal-era legislation, opposed Franklin Roosevelt’s efforts to ‘pack’ the U.S Supreme Court and most controversially opposed U.S. foreign policy prior to World War II.

As Pat Williams (U.S. Representative from Montana, 1979-1997) states, “This long awaited and first extensive biography of one of America’s most effective and productive U.S. Senators, the honorable maverick Burton K. Wheeler, arrives right on time. We Americans need a good and true story like this – about a determined lawyer who defended the rights of day laborers in a hard-rock mining camp out west and went on to represent his constituents as their Senator to his final breath”.

Of significance to Glacier National Park, Senator Wheeler, wife Lulu and their family spent multiple summers living at their cabin complex located at the head of Lake McDonald. With the relaxed pace of life and sense of renewal that Glacier offers, the Wheelers enjoyed ”time out” from the pace of Washington DC life. Senator Wheeler was also a well-known and familiar figure to the locals.

Johnson has worked as a broadcast journalist and served as a top aide to Idaho’s longest-serving governor, Cecil D. Andrus. His writing on politics and history has been published in Montana the Magazine of Western History, the New York Times, and California Journal of Politics and Policy. His blog and podcast on history and politics is entitled Many Things Considered. Passionate about history and literature Marc is a book collector, a film buff and has been a long-time advocate of the humanities and civic education.