Kassandra Hardy – Plans for the Centennial 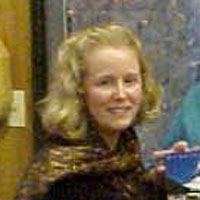 Kassandra Hardy, Centennial Coordinator, Glacier National Park, discussed various plans, programs and events underway for Glacier Park’s centennial in 2010. Prior to becoming Glacier’s Centennial Coordinator, Kass worked several seasons as a Park Naturalist in both West Glacier and St. Mary. She has worked as an Environmental Planner for the NPS in Washington, DC and spent time in Yosemite National Park as a planner for the Tuolumne River Plan and for the Operational Fire Management Plan.  She has also worked as a Backcountry Ranger in Canyonlands National Park.