Glacier National Park: A Culmination of Giants: Some Thoughts Upon Reflection 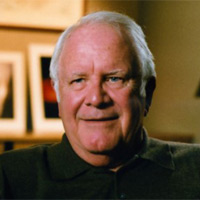 Montana House is hosting guest author, George Bristol, for an evening reading and book signing on Saturday, August 26th, at 6:30 PM. Please join us to hear this noted conservationist and parks advocate read from his new book, Glacier National Park: A Culmination of Giants. George will be available to sign copies of his book after the reading. This event is free and open to the public. RSVP to reserve a seat: phone, 406 888-5393 or email, 1960mthouse@qwestoffice.net.

As Dayton Duncan (author and co-producer of The National Parks: America’s Best Idea) states “Glacier National Park: A Culmination of Giants tells the park’s story – from geologic forces that created those astonishing mountains to the Blackfeet Indians who considered them sacred, from the railroad magnate who saw both profit and beauty in them to the conservationist who called them the Crown of the Continent, from the visionary leader who both created the National Park Service and built one of the nation’s most spectacular roads through the heart of Glacier to the young men of the CCC who found both dignity and a much-needed paycheck laboring in the park during the Depression. Bristol calls them – and other important figures in the history of Glacier National Park – “giants”